Receivers I have used (with video reviews) 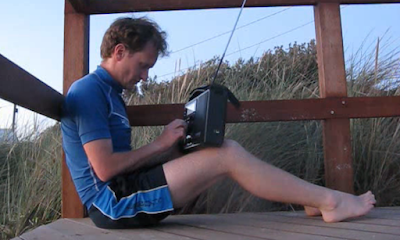 I've owned a variety of receivers over the years. Good and bad. Here's a few words about them and accompanying videos. Most aren't current models so you'll need to look on the secondhand market to find them. Note that some of the early videos are a bit blurry but they get better later on.

The one that started it all for me. Had three shortwave bands - 19, 25 and 31 metres - so I could only hear broadcast stations (and WWV). But its bandspread was good so tuning was easy.

The standard 1970s receiver with AM, FM and a shortwave band or two. Terrible frequency readout and tuning resolution and they can drift a bit. But work with SSB with a BFO at signal frequency.

This is the big chunky receiver you see me using in the first photo. Quite good for AM and FM but not having a BFO limits its use on shortwave.


This is my current 'go to' general coverage portable receiver. I like it. It has a wide tuning range (more than stated in the instructions) and is quite sensitive, selective and stable. Its only annoyances are its memories are difficult to use and it seems to draw a bit of current from the batteries when switched off.

PS: Interested in buying a new receiver? Browse these links. They are affiliate links meaning that I receive a small commission (at no extra cost to you) if you decide to purchase.

Enjoy reading about diverse facets of amateur radio? Like building projects? Sometimes find my videos hard to find? If any of these applies ... 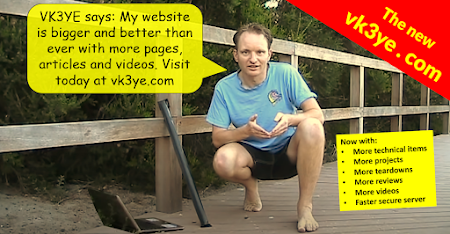